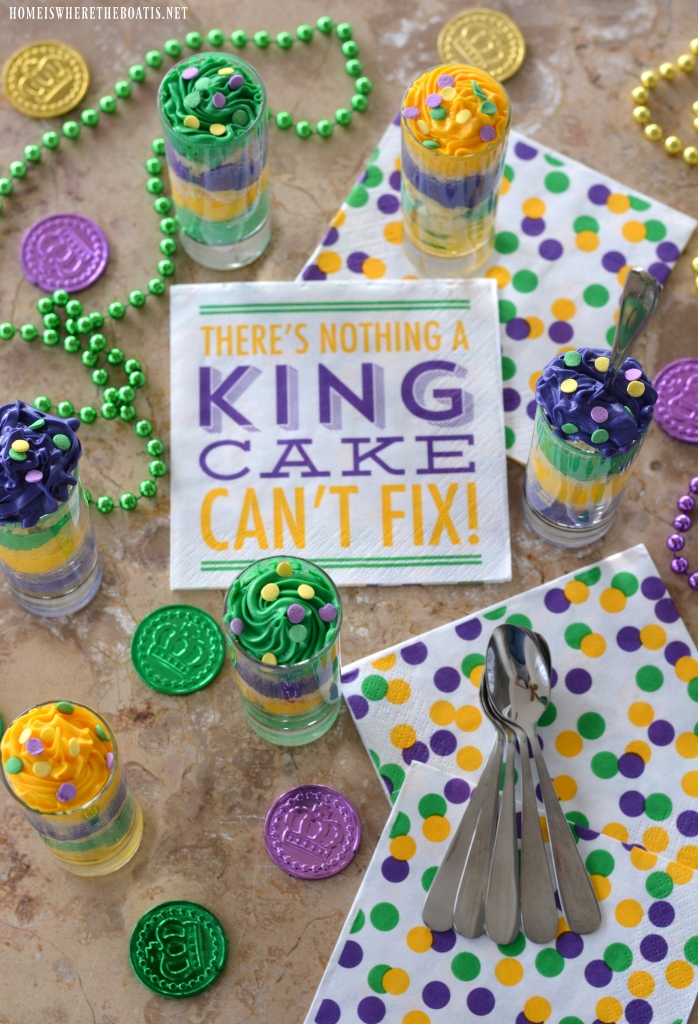 I have a fun mini dessert in celebration of Mardi Gras, King Cake Mini Parfaits! 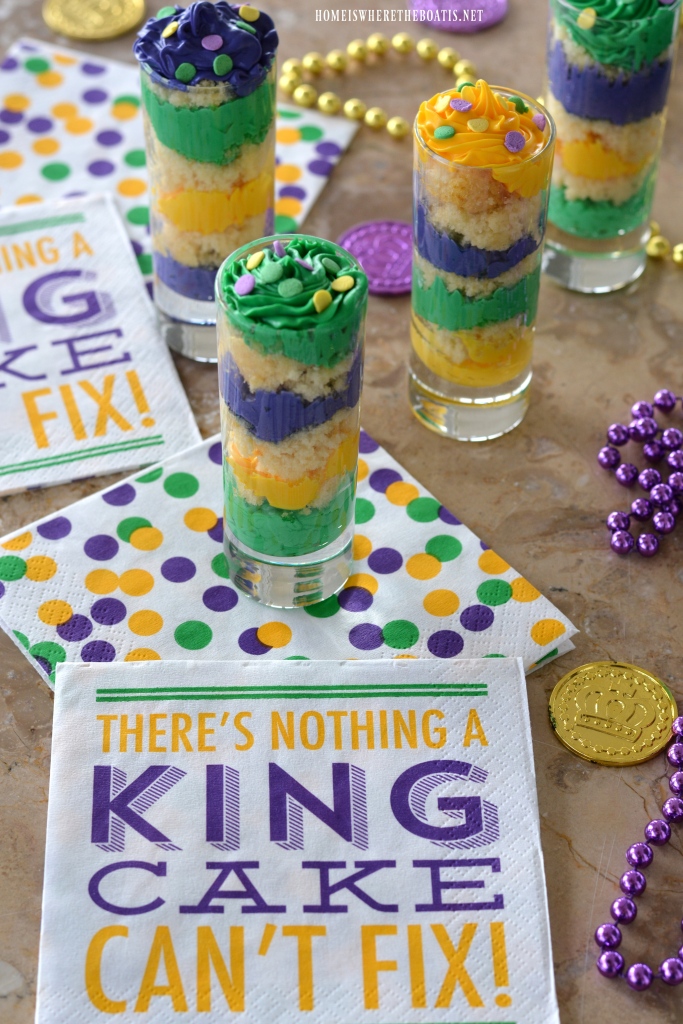 Mardi Gras falls on February 28th this year. While Mardi Gras is actually a season that begins January 6th, it’s widely celebrated the Tuesday before Ash Wednesday, known as “Fat Tuesday,” and day for indulging before the fasting season of Lent begins.

The King Cake is believed to have originated in France around the 12th century. Early Europeans celebrated the coming of the three kings or wise men bearing gifts to the Christ Child, twelve days after Christmas calling it the Feast of the Epiphany, Twelfth Night, or King’s Day. The New Orleans tradition of serving King Cake during Mardi Gras is to believed to have begun in the 1870’s.

In the early days of King Cake, a bean, pea, or coin was hidden inside the cake. The person who got the hidden piece was declared King for the day or was said to have good luck in the coming year. The Mardi Gras tradition of King Cake has evolved today to using a small baby-shaped figurine, hidden inside the King Cake. The lucky person finding the baby in their slice of cake, hosts the next party as “King” and provides the King Cake.

Originally King Cakes were slightly sweetened yeast loaves, shaped in a circle or twisted into a braid, topped with icing or covered with glittering sugar. King Cakes are most often flavored with cinnamon, but have evolved to include fillings of cream cheese, fruit fillings of apple, strawberry or lemon, and even praline.

These King Cake Mini Parfaits are a fun nod to the tradition of King Cake and a way laissez les bons temps rouler without overindulging. I used 2.5 ounce tasting dessert parfait glasses, like the ones found here, but feel free to make these King Cake parfaits in any size using the glass of your choice. 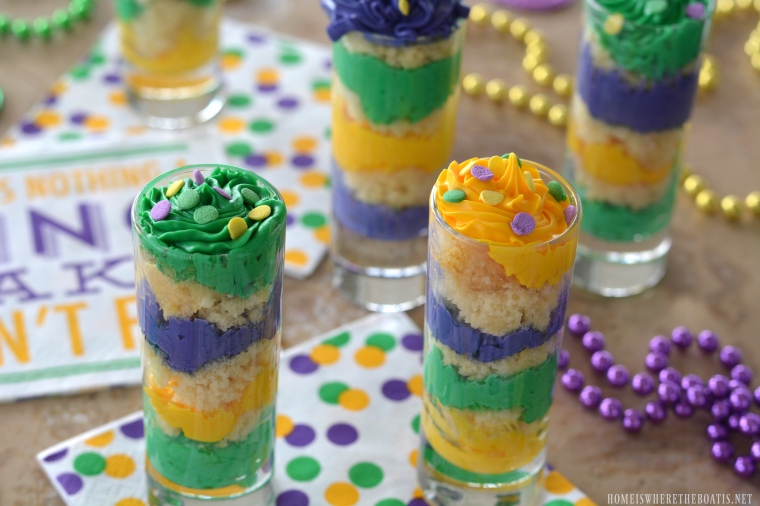 Instead of cinnamon flavored cake, these parfaits are layered with a traditional yellow cake and a cinnamon buttercream frosting, tinted in the colors of Mardi Gras- purple representing justice, green representing faith, and gold representing power.

In the bowl of an electric mixer fitted with the flat beater, combine the confectioners’ sugar, butter, the 4 1/2 Tbs. milk, vanilla, cinnamon and salt; beat on low speed until combined, about 1 minute. Stop the mixer and scrape down the sides of the bowl. Increase the speed to medium and beat until fluffy, about 3 minutes.

If the frosting is dry, add more milk, 1 tsp. at a time, until it is creamy but still holds peaks. Tint with food coloring as desired. I used Wilton gel colors Golden Yellow, Violet and Kelly Green. To make parfaits, layer pieces or cubes of cake with alternating layers of colored frosting. Top with decorative sprinkles if desired.

You can find a printable recipe for Cinnamon Buttercream Frosting, here. 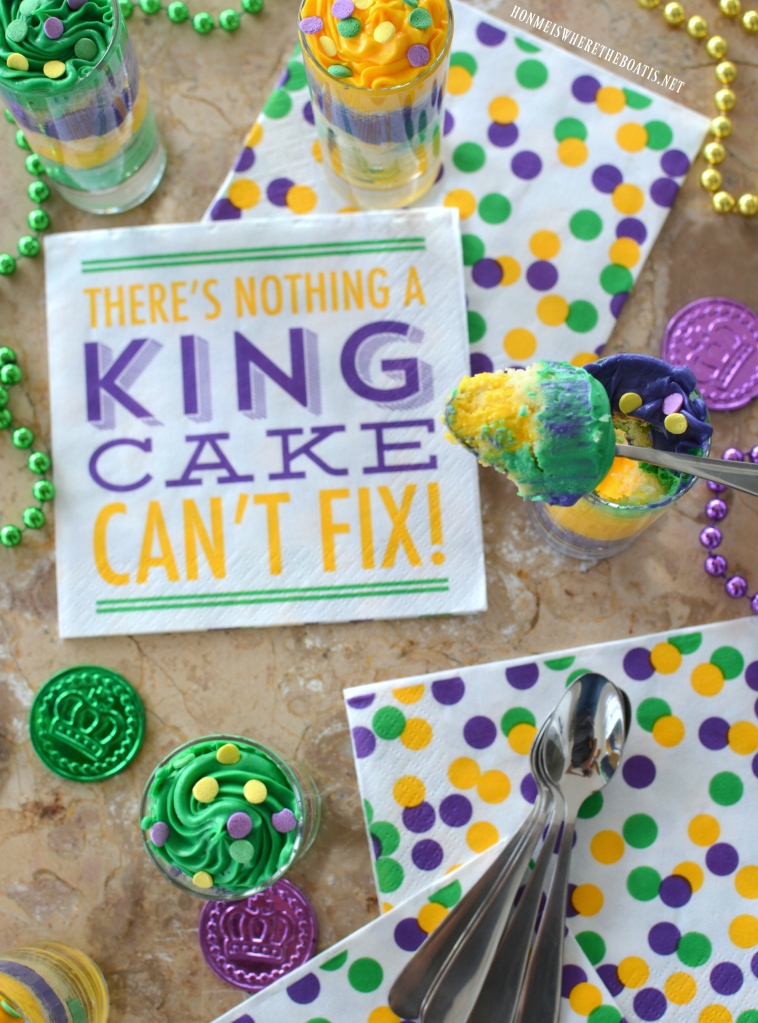 You can find a recipe for Homemade Giardiniera, a pickled vegetable medley used make a Muffuletta sandwich or pasta salad. . .

And enter to win a set of Ball Sharing Jars, HERE. The winners will be chosen Friday, March 3rd. 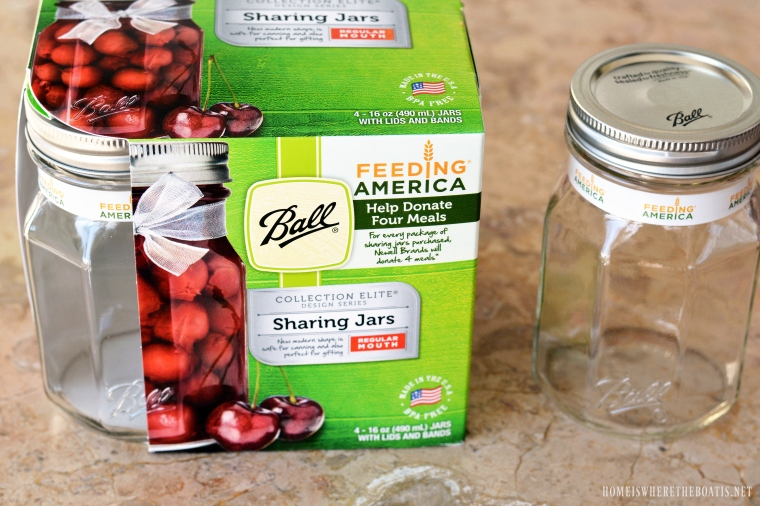 Thank you for your visit!

Sharing with: Metamorphosis Monday, The Scoop,  Inspire Me Tuesday, Wow Us Wednesdays,

At the Table: Embracing the January Blues 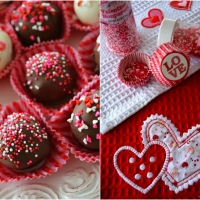 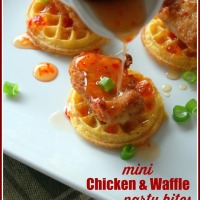 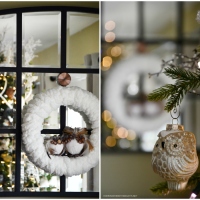 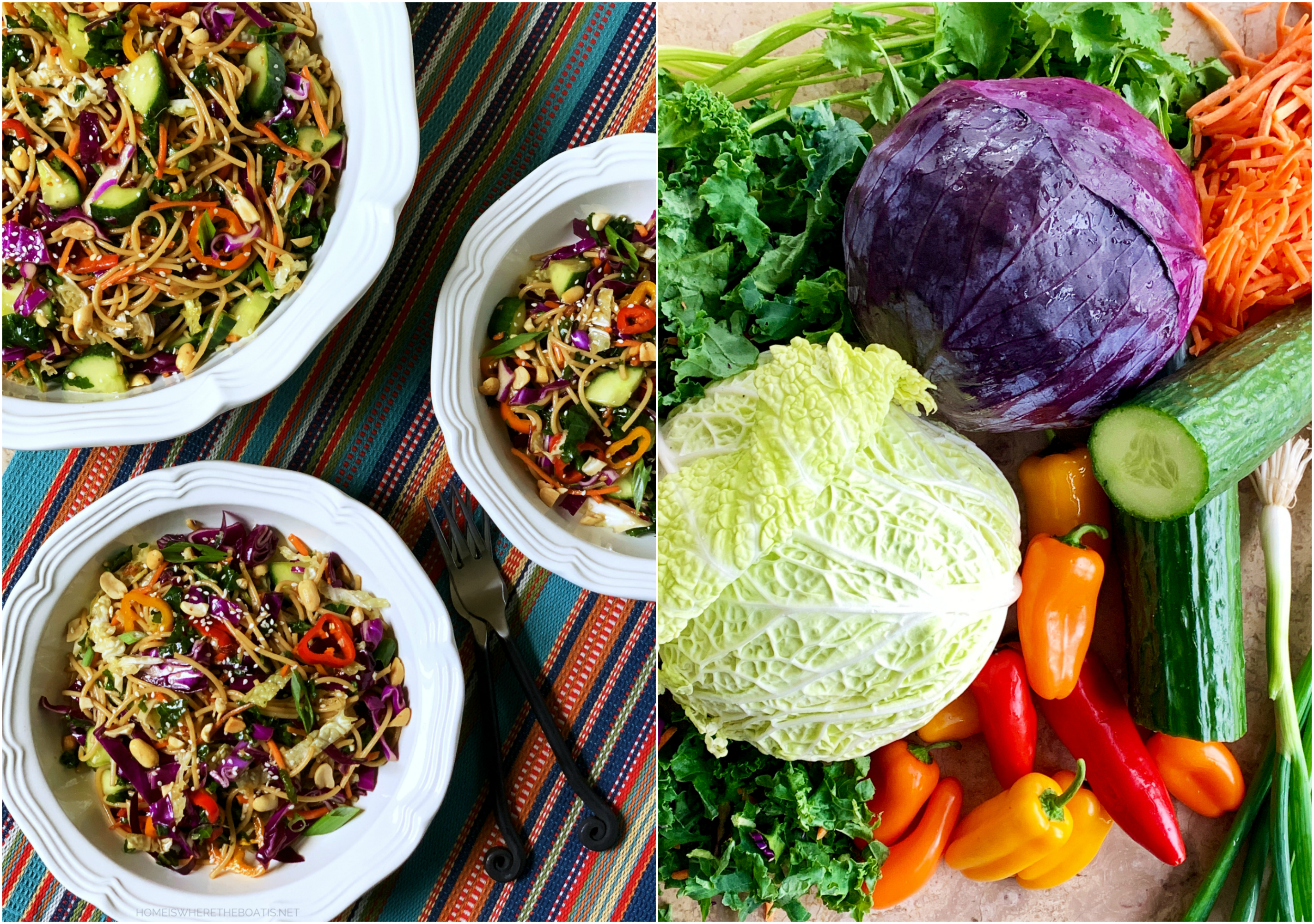 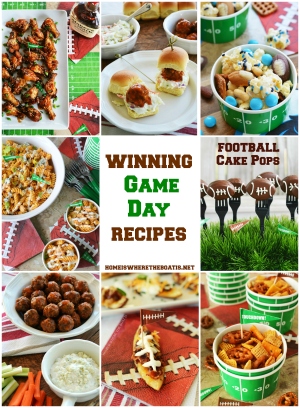 At the Table: Embracing the January Blues 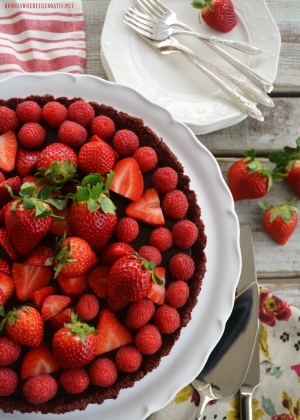 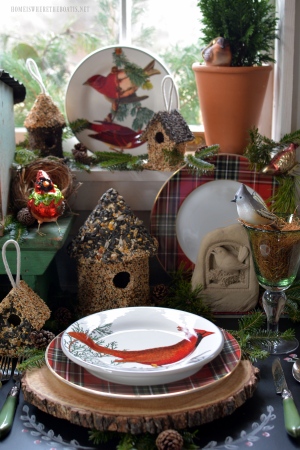 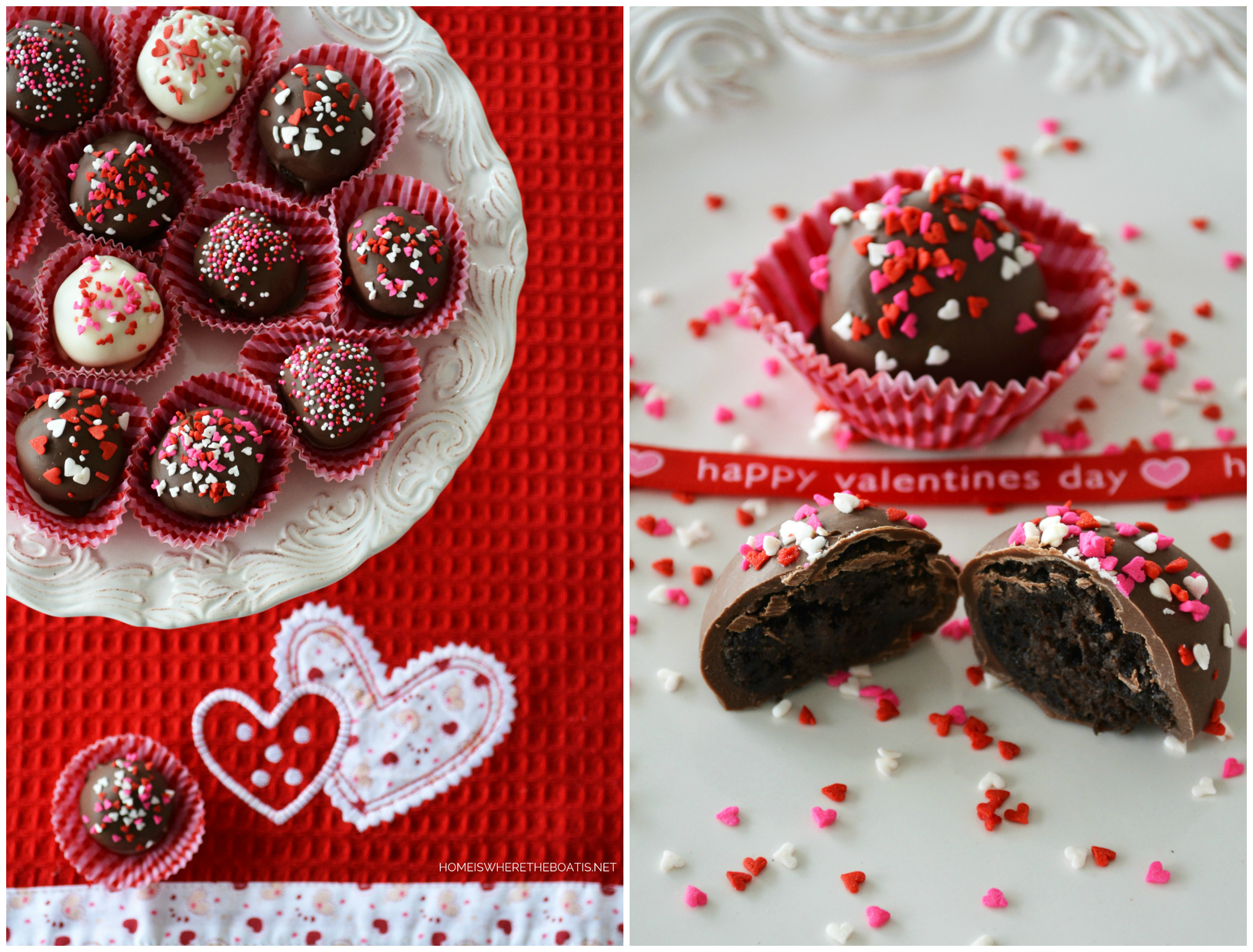 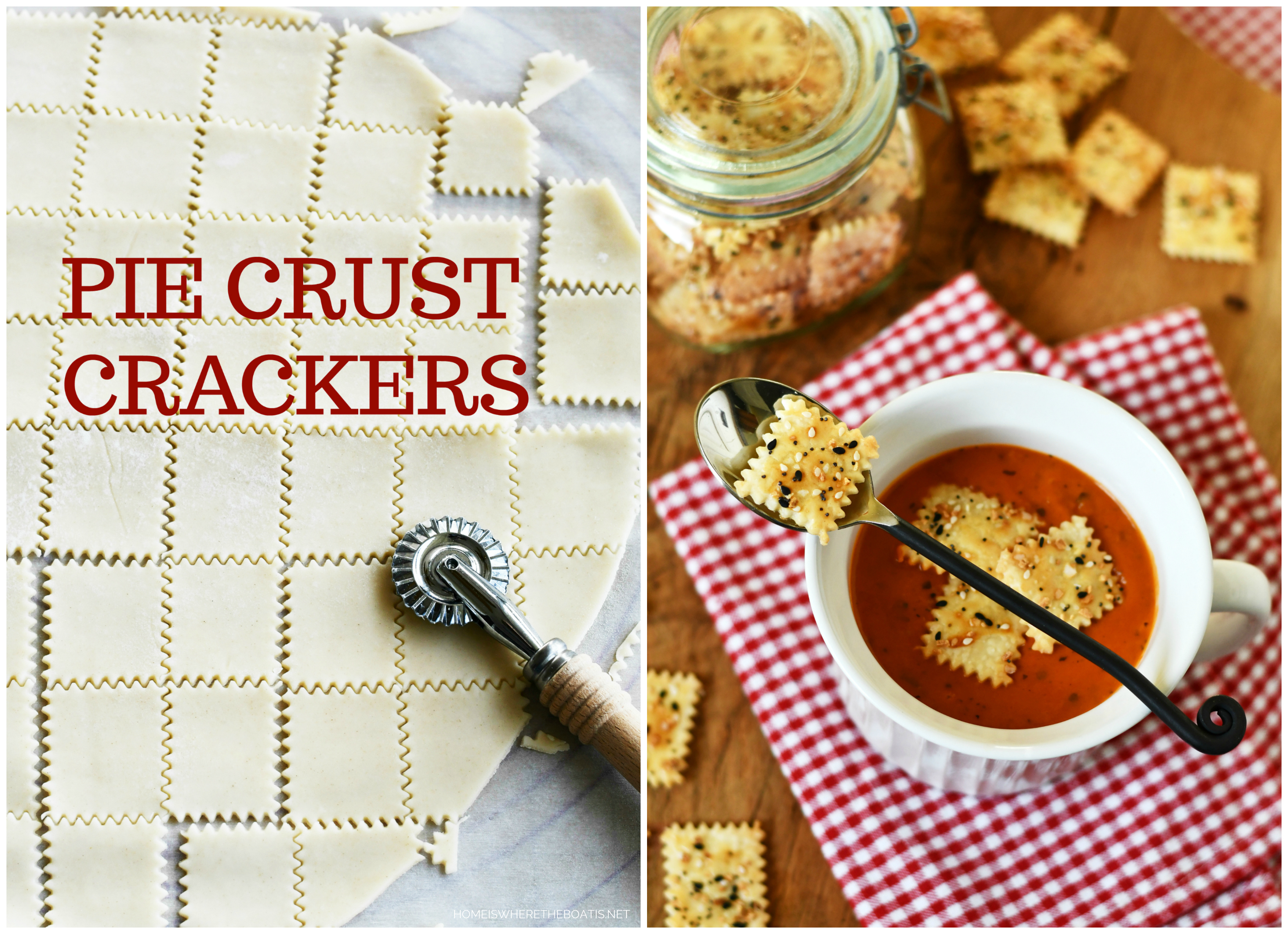 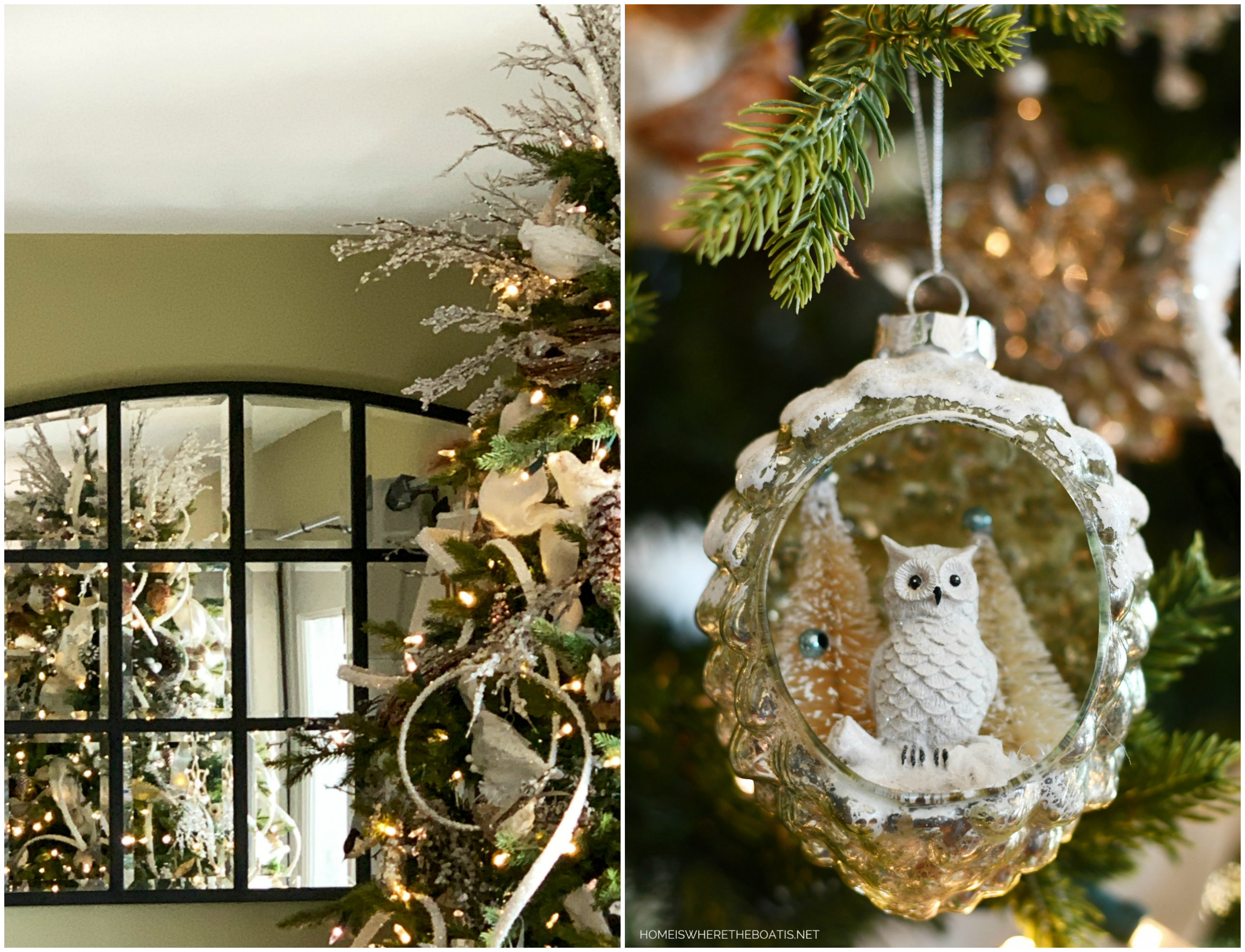 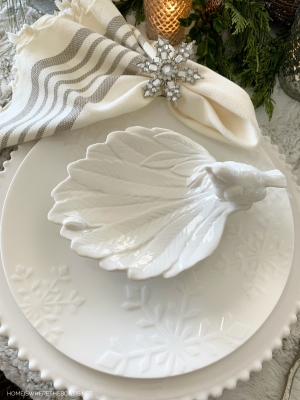 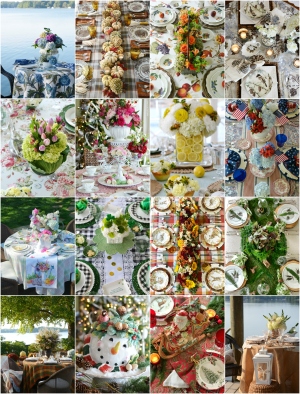 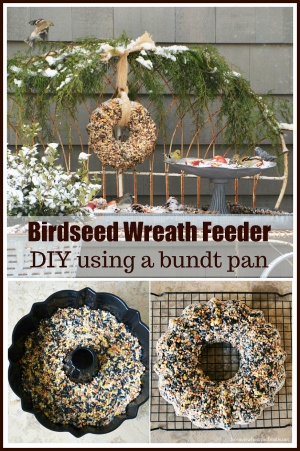 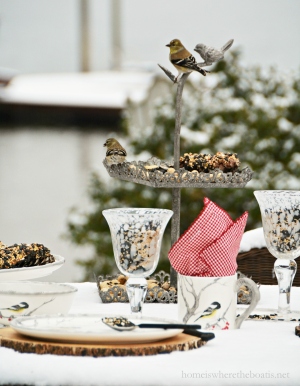 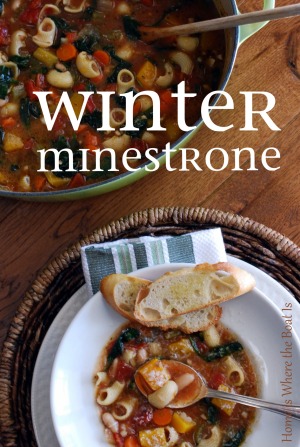 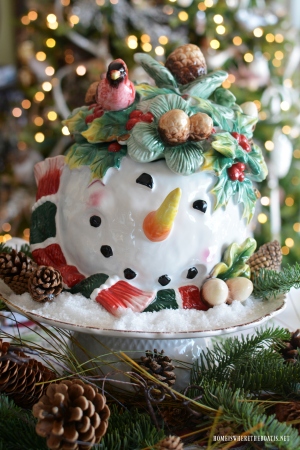 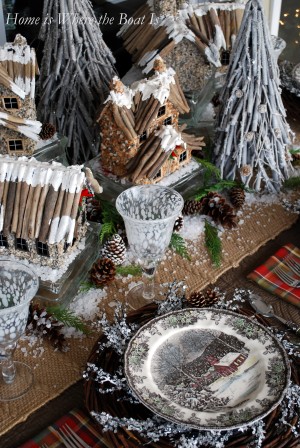 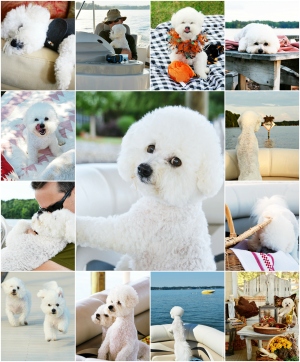 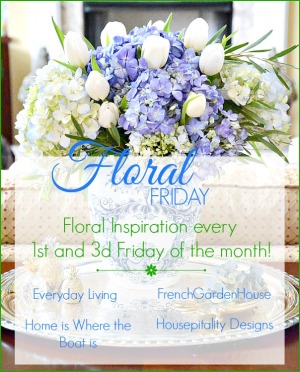